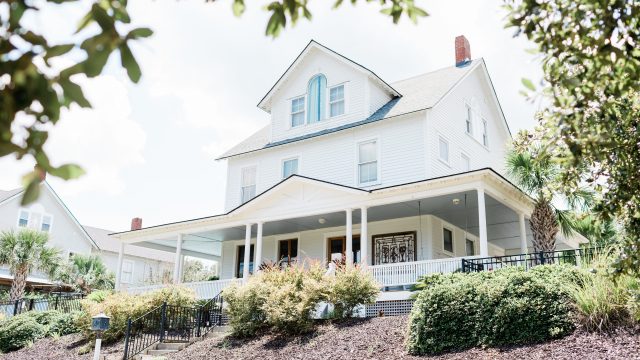 The home was constructed circa 1898 and served as a home to several commander and chiefs of Fort Screven, including Colonel Bugbee.

The home was owned by the Armys Corp of Engineers. The home was built on a man made burm to prevent destruction by water from the hurricaines. It was built to hurricaine standards of the time. In the area of 1941-1942 the army sold the property at public Auction.

There are currently many details of the original house existing. Items such as the Fireplaces and mantles, flooring, pocket doors, staircase and the tin ceilings. The tin ceilings are of most importance, because of their rarity. It is believed these are the only one piece tin ceilings in the state of Georgia. They were installed right after the house was built to prevent the ceilings from falling during the practice at the rifle range.