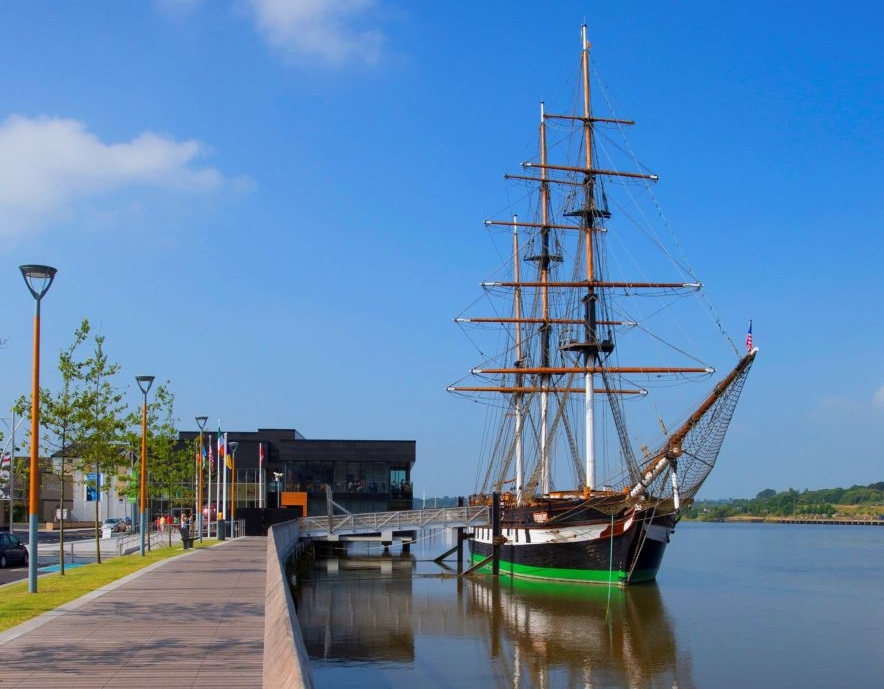 March 5-The Georgia Association of Convention & Visitors Bureaus honored Visit Savannah and its partners with the first-ever “Travelblazer” Award at its 2020 Winter Conference recently. The honor was conferred for the group’s work to bring a Savannah Landing Point exhibit to the Dunbrody Famine Ship Experience museum in New Ross, County Wexford, Ireland. Savannah Landing Point opened at the Dunbrody museum near the end of 2019.

“Being recognized by our Georgia tourism industry peers is the highest possible compliment and further showcases the importance of developing partnerships and collaboration,” says Joseph Marinelli, president of Visit Savannah. “I know that our friends in New Ross take as much pride in this award as we do.”

Jay Markwalter, executive director of GACVB, speaks highly of Visit Savannah’s effort in driving the project to completion. “When we learned of Visit Savannah’s initiative to connect Savannah’s heritage back to its Irish roots, we wanted to be sure to recognize their efforts. The new Travelblazer Award was the ideal way for our tourism community to say, “job well-done.””

The Dunbrody Famine Ship Experience is a walk-through living history museum demonstrating what the long and arduous journey across the Atlantic would have been like for those escaping the mid-nineteenth century potato famine in Ireland. The Savannah Landing Point addition immerses the visitor in what would have been waiting for the ship’s passengers as they disembarked in Savannah to begin their new lives. Data compiled by the Center for Irish Research & Teaching at Georgia Southern University indicates that as much as sixty percent of Savannah’s Irish community traces its ancestry to County Wexford.

Media inquiries can be directed to Summer Bozeman, communications manager, at SBozeman@VisitSavannah.com or 912-644-6429.