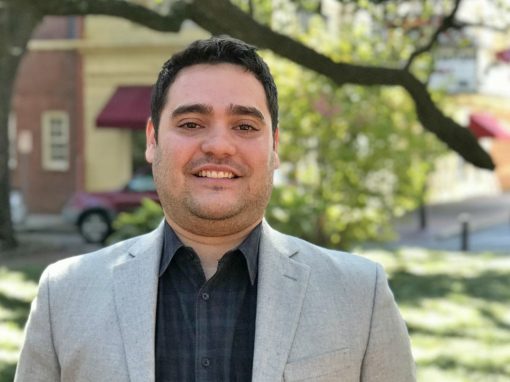 Visit Savannah is proud to announce that a new Advertising Manager has been selected from among several qualified candidates. In January 2018, Matthew Berkin will assume the responsibilities of this key role on the communications team full-time.
Prior to accepting his position at Visit Savannah, Matthew was manager of integrated marketing & event partnerships with NBCUniversal, where he was responsible for the development and maintenance of all integrated marketing content. He has also worked as director of development & integrated marketing for The Daily Meal, as well as holding positions at Washington Post Media and Viacom Media Networks. Matthew holds a Bachelor’s degree in Political Science with an emphasis on International Relations from Connecticut College in New London, Connecticut. He has recently moved to Savannah from New York City with his wife and young daughter. He can be reached at MBerkin@VisitSavannah.com or 912-644-6430.

For media assistance, contact Summer Bozeman at SBozeman@VisitSavannah.com or 912-644-6429.