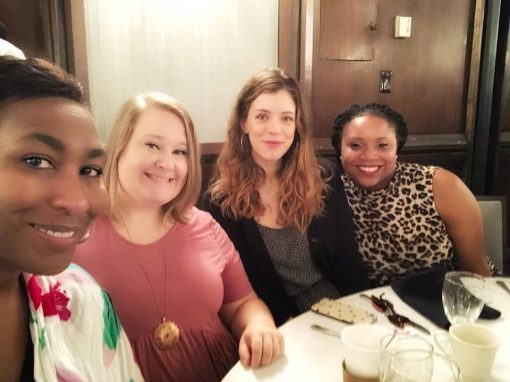 Last weekend, The Savannah Tribune hosted a brunch at The DeSoto Hotel to celebrate its 143rd anniversary. Members of the Visit Savannah staff attended the brunch in support of the Tribune’s rich, long history of quality journalism in Savannah.
Vaughnette Goode-Walker, Visit Savannah’s current board chair, was honored at the brunch by the publishers of the Tribune for her life-long contributions to journalistic excellence in the print and broadcast realms. She was named a Broadcast Media Trailblazer.

Click here to see an online version of the Tribune’s anniversary edition with additional information on the history of the paper and activities at the event.