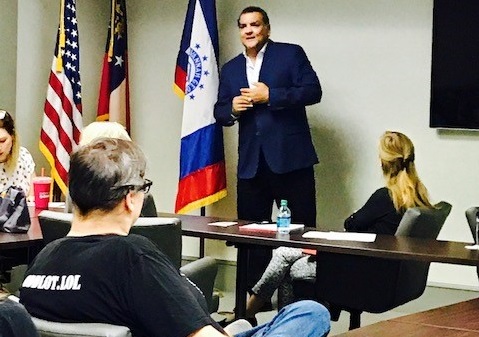 Tour & Travel Committee Gets a Taste of Upcoming Restaurants

Visit Savannah’s Tour & Travel Committee got some exciting updates on the city’s ever-emerging culinary scene at their September monthly meeting. Jesse Blanco, acclaimed local foodie and host of the television show Eat In and Like It, talked about some of the big changes coming to Savannah’s restaurant scene,  focusing on eight new establishments that will be opening in the next few months. The new additions, as well as others in the early planning stages, are expected to raise Savannah’s culinary profile even higher, making it a true destination for food enthusiasts.