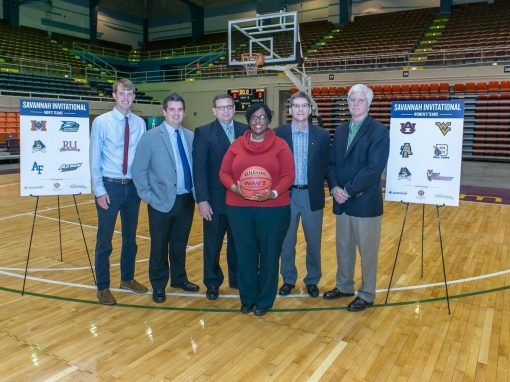 In preparation for the tournament, the SSC, in partnership with the City of Savannah and Visit Savannah, has refurbished the basketball court at the Civic Center. It was rebuilt and painted by Horner Flooring, the court’s original creator.

The SSC has partnered with Chris Spencer of Basketball Promotions & Events (BPE) to assist with recruiting the teams and managing the event. Spencer currently assists with events in New York City, Las Vegas and Corpus Christie, Tx., and will be key in helping launch the Savannah Invitational.