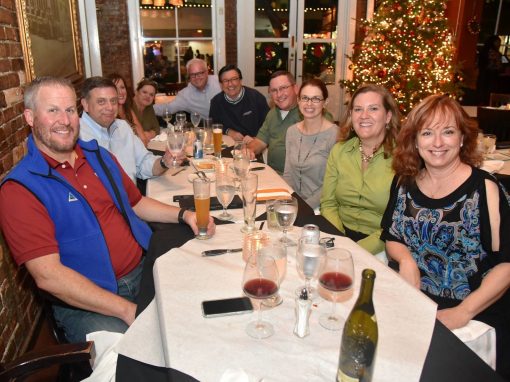 Starting this week, the National Agricultural Aviation Association (better known as the “crop-dusters” or “aerial applicators”) will host its annual convention in Savannah at the Savannah International Trade & Convention Center. More than 1,600 attendees from 34 states and 8 countries will be in attendance. This group was in Savannah three years ago and is booked again for December, 2020. Conversations have already begun about the possibility of the group returning again in 2023. Visit Savannah team members and area partners hosted the executive team from NAAA for dinner at Belford’s Seafood & Steaks  in City Market prior to the convention’s official start.