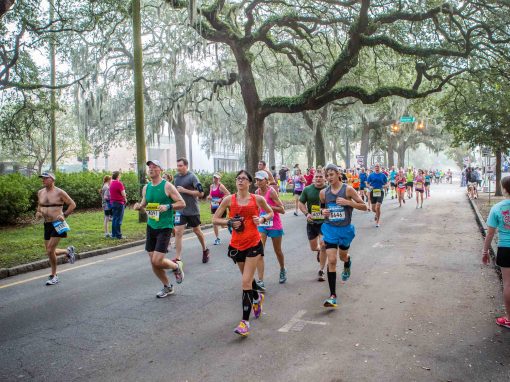 The Savannah Rock ‘N’ Roll Marathon and Half Marathon was held this weekend for the fifth consecutive year. More than 21,500 runners participated in the race and with tens of thousands of people coming into the community for weekend race festivities. The race is currently contracted through 2016 with negotiations underway for an extension to the current agreement. Visit Savannah President Joseph Marinelli was joined at the start line of this year’s race by Savannah Mayor Edna Jackson, Chatham County Commissioner Tony Center and Savannah Assistant City Manager, Marty Johnston. Click here to view photos from the event.