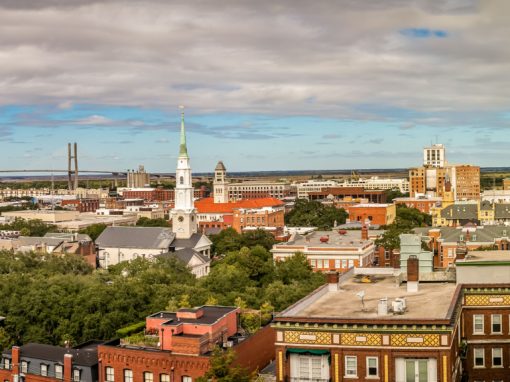 Savannah is ranked No. 3 city in the United States according to the Travel + Leisure World’s Best Awards 2018 readers’ survey announced this week and available now on TravelandLeisure.com/worlds-best. Savannah held on to its No. 3 spot from 2017 and 2016, when it leaped from its place at No. 7 on the 2015 list.
The magazine touted Southern cities’ “charm offensive,” noting that 8 Southern cities made the top 15 list in 2018, and that Georgia’s oldest city “wins readers over with meticulously preserved architecture, winsome gardens, and inviting inns.” The Savannah/Hilton Head International Airport was also recognized at No. 7 on Travel + Leisure’s list of the Top 10 Domestic Airports.