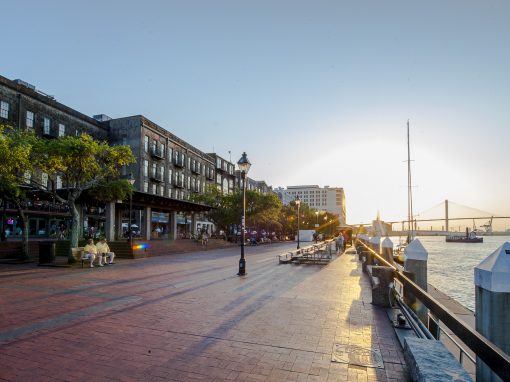 RewardExpert.com recently named Savannah the No. 1 Midsized City for Business Meetings in the South Atlantic region, touting it as the “most affordable midsize city in this region.”
The website reports that Savannah’s low cost of living, 14 percent below the national average, makes it an affordable destination. The city was also selected for its well-preserved historical heritage and laid-back Southern lifestyle. According to RewardExpert.com, Savannah and the other top cities “are not only ideally suited to host your next business event, but also include incredible entertainment and sightseeing opportunities at budget-friendly prices.”

The website categorized 30 cities by geographic region and ranked them based on affordability, climate, commute, business atmosphere, events, accommodations and safety. Most of the high-ranking cities are close enough to major cities to make them easily accessible to meeting attendees coming from far afield.

The regional lists of Best Midsized Cities for a Business Meeting have subsequently been republished by industry publications Successful Meetings and Exhibitor.