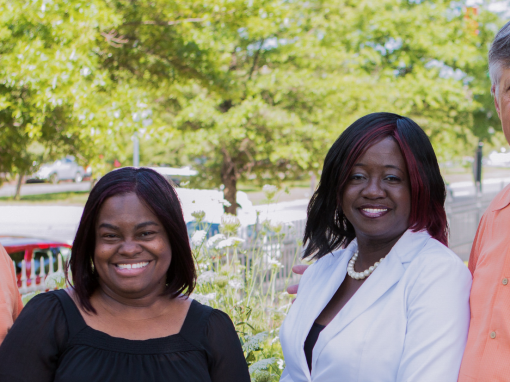 On July 14, the Visit Savannah: Meetings & Conventions team partnered with five southern cities that share a common customer base to produce an unforgettable event in Washington D.C. Meeting planners from around the nation were treated to the tastes of Savannah; including BBQ from Wiley’s Championship BBQ, cold brews from Service Brewing and the sweet vocal stylings of M2J Music Group. This first time event was created to bring meeting planners and destinations together in a opportunity to bid on future business. Visit Savannah President Joseph Marinelli, LaKeesha Willson and Felicia Kelly of the American Association of Blacks in Energy, Mayor Eddie DeLoach and Savannah’s own M2J Music Group at the Six in the City BBQ event at the Hill Center in Washington D.C.