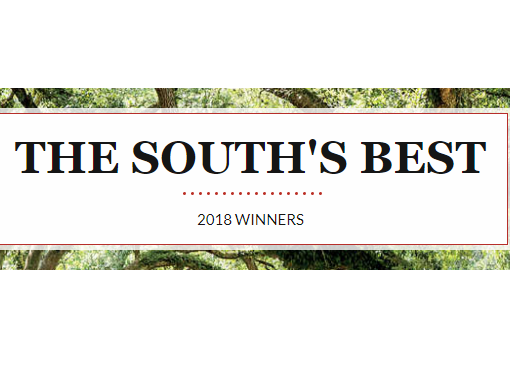 Each year, landmark regional publication Southern Living asks its readers to vote for their favorites in a number of travel and lifestyle categories. Many of the categories change on a yearly basis, but the most prestigious honor, the South’s Best Cities list, is consistent every year. This year, Savannah was named the #2 South’s Best City. Savannah was also ranked the #2 Prettiest City and #2 Friendliest City, as well as the #4 Best Food City. Tybee Island was honored at the #6 spot of the South’s Best Beaches list, moving up from its rank as the #10 South’s Best Island in 2017. Click here to read more about the South’s Best survey and read the other lists and destinations featured.
To see a current list of Savannah’s accolades, see the Accolades page at VisitSavannah.com.

Southern Living was established in 1966 to address the tastes and interests of contemporary Southerners, but has grown to share the beauty and culture of the region with readers around the country. SouthernLiving.com receives more than 3 million unique visitors each month.