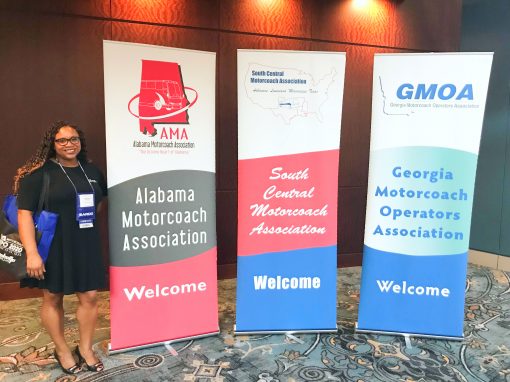 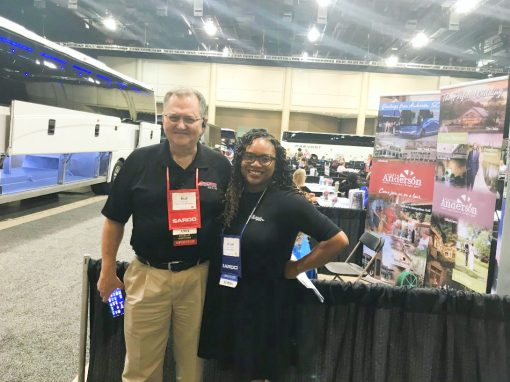 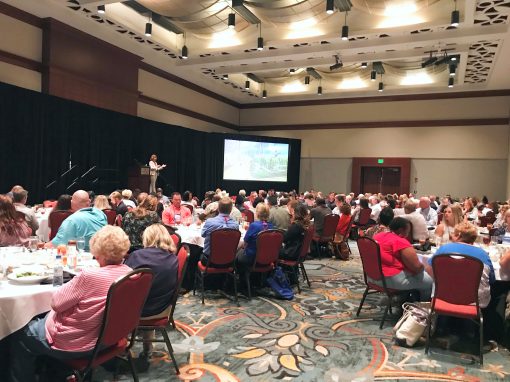 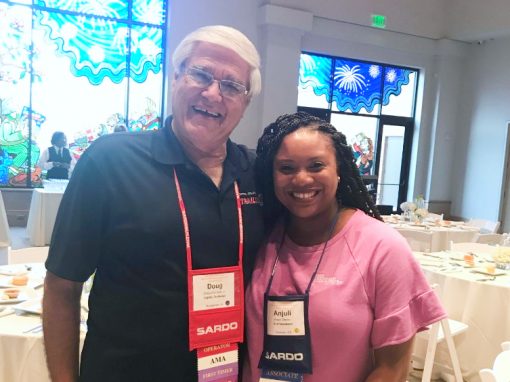 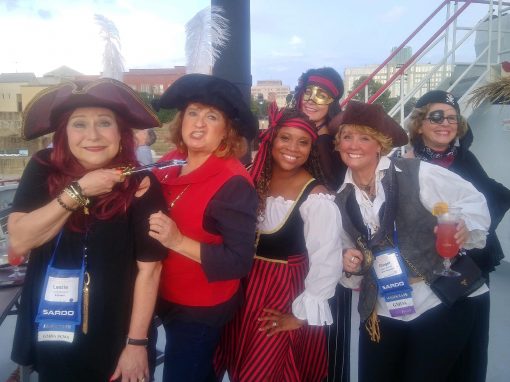 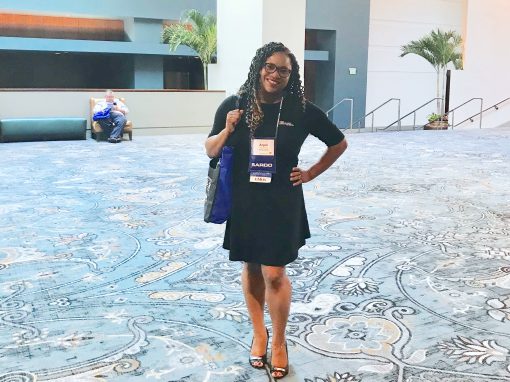 While at the conference, Derien met with around 50 motorcoach operators. Derien and Ginger Graham of Telfair Museums participated in a dress-like-a-pirate contest and were awarded second and third prize. They are pictured in their pirate garb in a group with Leslie Brewer from the Biltmore Estate, Renae Scott with Old Savannah Tours, Sherry Harris with Lookout Mountain and other associates at the conference.