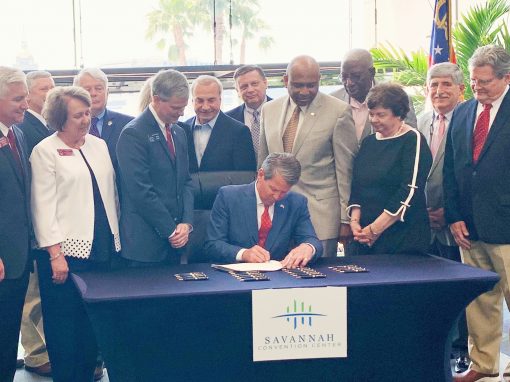 At the end of April, Georgia Governor Brian Kemp signed a bill into law that officially changes the convention center on Hutchinson Island to the Savannah Convention Center. The new name is the most visible change with House Bill 525 being signed into law, but it also creates a new authority to oversee operations: the Savannah-Georgia Convention Center Authority.

About $20 million has already been set aside through state and local efforts to keep the design phase of the convention expansion on track. Space additions will include a 100-thousand square foot exhibit hall, 15 new meeting rooms, and more than 900 new parking spaces. The proposed expansion will double the Convention Center’s available space. The expansion would also mean hundreds of construction jobs, in the short term, and additional staff requirements at the Convention Center in the long term.