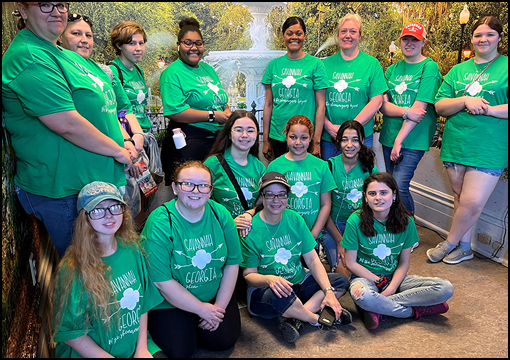 Girl Scout Troop 8250 from Marion, Illinois came by the Main Visitor Center on MLK. The girls said that they saved money for three weeks to come to Savannah. This week marks the 110th anniversary of the founding of Girl Scouts of America by Savannah native Juliette Gordon Low.