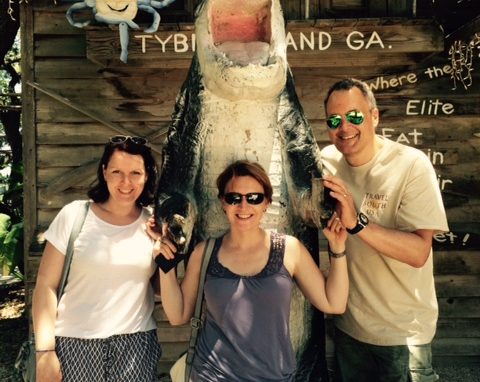 Georgia’s tourism office announced earlier this year that a new firm had been hired to promote the state of Georgia in Germany, and Tybee Island had the opportunity to host the new representatives for a sightseeing tour. Among the group was Carola Kolmann, who will be handling sales and marketing, and Anja Koebler, who will oversee public relations and social media. They were escorted by Peter Hannaford, the state’s longtime UK representative. This was the representatives’ first visit to Savannah and Tybee and seeing both places will help them to promote the area within Germany, which is one of the countries that sends the most international visitors to this region.