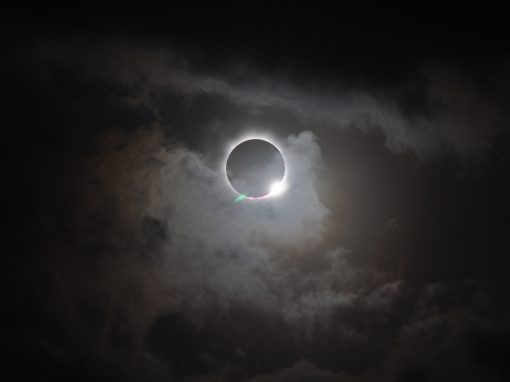 “Celestial Event of the Century” to Pass Over Savannah

On Monday, August 21, Savannah will experience a 97% solar eclipse! Although the “prime” viewing area for the eclipse passes over South Carolina, Savannahians looking to the skies will see near complete coverage of the sun by the moon at approximately 2:40 p.m. The result will be an eerie twilight for several minutes, making visible Venus, Jupiter, Mars and Mercury, not usually bright enough to be seen during the day. It will also make several constellations visible which are not normally seen in the skies over Savannah until winter, and the temperature will drop by several degrees. This is the first time in nearly 30 years that Savannah has experienced a (near) total solar eclipse. Another celestial event like this one is not expected to pass over Savannah for the rest of this century.
Visit Savannah has organized a page on its website for member businesses offering eclipse-related specials and events. Check out what’s going on here!

Visit Savannah also partnered with local artist InkyBrittany to create a promotional video letting visitors know that Savannah’s eclipse experience will be almost identical to that of cities in the path of totality. Click here to see the video!