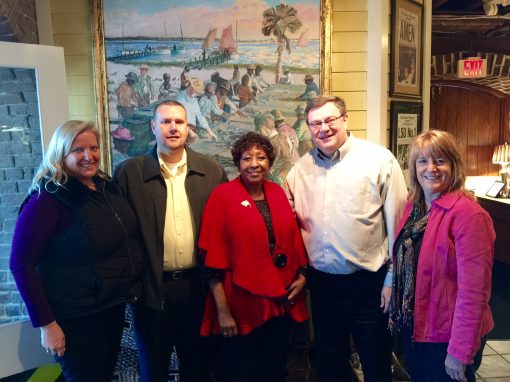 Visit Savannah recently hosted representatives from the National BETA Club. The delegation was in town to announce their decision to bring the group’s annual convention to Savannah in June 2018. The National BETA Club’s mission is to promote the ideals of academic achievement, character, service and leadership among elementary and secondary school students. Mayor Edna B. Jackson hosted a breakfast and welcomed the leaders at a City Council meeting where Executive Director Bob Bright informed Council that the convention would likely bring 8,000-10,000 people to Savannah. BETA Club representatives are pictured with Mayor Jackson and Commissioner Tony Center.