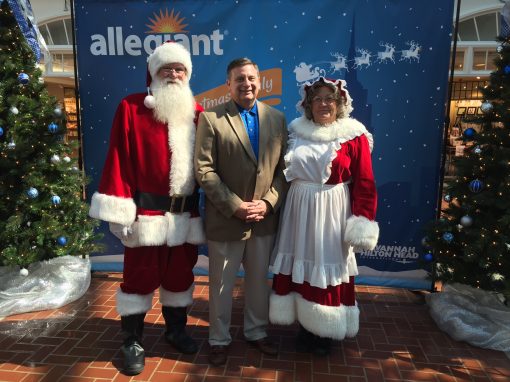 Allegiant announced a new route to SAV from Newark, N.J. last week. The new flight will operate three times per week and will be a year-round route. Allegiant’s Manager of Airports, Thayne Klingler, held a “Christmas in July” themed press conference to announce the new route on June 28 at the Savannah/Hilton Head International Airport, and Visit Savannah staff were present at the event as well.