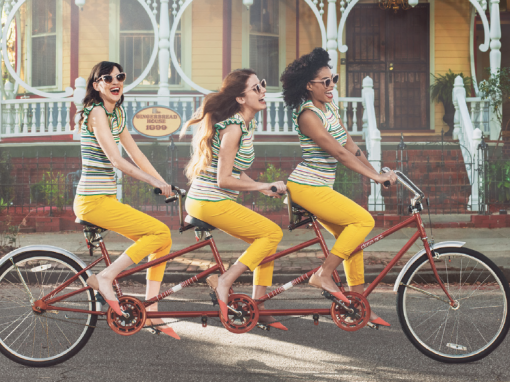 Last week, Visit Savannah’s “This Isn’t Ordinary” campaign was recognized at the 2019 Tampa Bay American Advertising Awards Gala. Paradise Advertising & Marketing, the creative agency behind the campaign, accepted the prestigious Best of the Bay Print award and a Gold award for the campaign, and a Silver award for the group tour print ad featuring Savannah’s Gingerbread House, shown at right.
Known as the ADDYs, this competition recognizes the year’s finest creative work on a local, district and national level. The award-winning campaigns will now move on to the district stage of the ADDY Awards competition, which will be announced in May 2019.

The ADDYs are a three-tiered competition, with the first tier awarding those who are considered the top of their local market (in this case, Tampa Bay). These first tier winners will go on to compete against other ADDY winners in various markets for recognition at the district level (in this case, Florida and the Caribbean). Winners from each of the 15 districts will move on to compete on the national stage later this year.