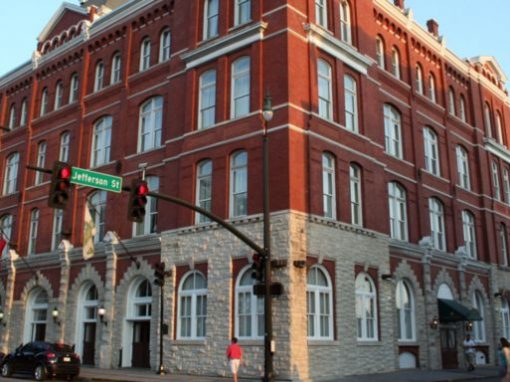 The Hotel Indigo Savannah Historic District has been honored by the publishers and editors of ConventionSouth, a national multimedia resource for event-planning, with a prestigious 2017 Top New or Renovated Meeting Site Award.
“After a lengthy review of what Hotel Indigo Savannah now has to offer meeting planners and attendees, we feel it indeed displays a superior commitment to providing groups with the top-of-the-line amenities and service that they require,” said ConventionSouth Associate Publisher Marcia Bradford.

The hotel is among an elite list of 55 meeting facilities located across the South to receive this year’s Top New or Renovated Meeting Site Award and the only hotel included in Savannah. As part of the recognition, Hotel Indigo Savannah is also featured as an award recipient in the December 2016 Awards Issue of ConventionSouth magazine. “Featuring peer advice and trade secrets, our Awards Issue is one of the most popular must-read resources within the meetings industry,” Bradford said.

Celebrating 30+ years as a leading meeting planning resource, ConventionSouth magazine is based in Gulf Shores, Ala., and is distributed to more than 18,000 meeting professionals located across the country who book meetings held within the South, according to Bradford.

A complete list of 2017 New and Renovated award winners can also be found on at: http://conventionsouth.com/top-2017-new-or-renovated-awards-announced/.