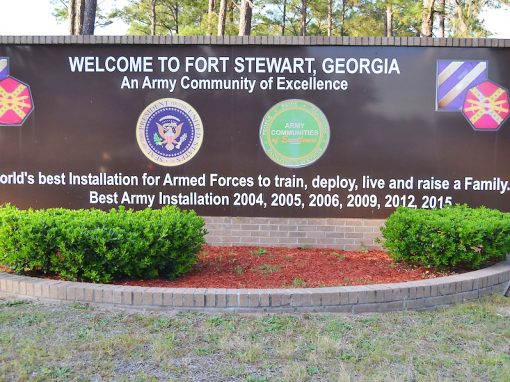 Chief of Staff of the Army Gen. Mark A. Milley has announced that Fort Stewart/Hunter Army Airfield, Georgia was selected as the gold winner in the 2019 Army Communities of Excellence competition for Regular Army installations.

Fort Stewart and Hunter Army Airfield will represent the Army in competition with other military services for the Department of Defense Commander in Chief’s Annual Award for Installation Excellence, which recognizes outstanding efforts in the operations and maintenance of U.S. military installations.

Congratulations to the women and men of our outstanding installation for this well deserved recognition. Such an accolade is testament to the distinction created in our community through the presence of our nation’s Armed Forces.