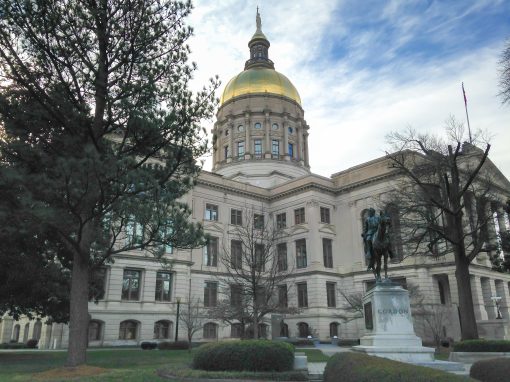 The 2017 Session of the Georgia General Assembly adjourned sine die on Thursday, March 30, 2017. This is the first year of the 2017-2018 biennial session, so any legislative proposals that were not passed this year will carry over to next year. Such bills will return to their committee of origin to be debated in January of 2018. Bills that did pass both chambers are headed to the Governor’s desk to be signed into law or vetoed by the Governor within the next 40 days.
As the voice of business for Savannah and the Chatham County area, the Savanna Area Chamber of Commerce is committed to keeping our region competitive and thriving. During the 2017 session, we advocated for legislation and policies which improve the business climate, help develop and retain an educated workforce, support our military and support the pillars of our regional economy. It was a great session for the Savannah Area Chamber as it accomplished most of its legislative priorities.

Eminent Domain: HB 434 sponsored by Rep. Wendell Williard will remove the 20-year restriction for condemnation of blighted property. Under the new law, the property can be converted to private use following a series of procedural steps provided it remains in the same land use for five years. This legislation was a product of hard work by a coalition comprised of the City of Savannah, GMA, the Georgia Realtors, the City of Atlanta, and the Georgia Apartment Association.

Destination Resort Act: HB 158 and SB 79, which would both allow for casino gaming at destination resorts in Georgia, did not pass and will be eligible for consideration in the 2018 session.

Education: HB 338, introduced by Rep. Kevin Tanner, provides measures for turning around low performing schools. While this legislation was introduced as a response to the earlier failed Opportunity School District Amendment, it is not quite as far reaching as that plan. Entitled the “First Priority Act – Helping Turnaround Schools Put Students First Act”, this legislation would create a chief turnaround officer to assist in helping low performing schools. Private managers would step in to oversee those schools that do not improve after three years of support.  HB 338 passed this session and is headed to the Governor’s desk for his signature.

Hospitals: SB 70 was signed into law by the Governor on February 13.  This legislation extends the sunset on the provider fee for hospitals through June 2020. It is expected to generate $311 million annually in state Medicaid funds and assist in drawing down $600 million in federal Medicaid dollars.

“FAST Act”: SB 2, which required Cities to establish an expedited process for permits and licenses, failed to pass.

The Chamber would like to especially thank the main members of our delegation, other legislators, key elected officials and business leaders who have made these successes possible. We would also like to recognize our director of government affairs Ms. Ansley Threlkeld for her tireless efforts.