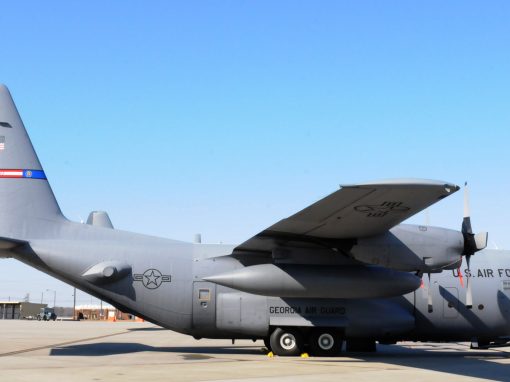 The first of the new C-130H3 aircraft received by the 165th Airlift Wing in October is ready for takeoff! The planes have now received new tail flashes to represent their local affiliation and state designation with the Georgia Air National Guard.
Totaling approximately $17.5 million, these upgrades will replace the current 165th AW fleet of C-130H2s. They will significantly contribute to how the airlift wing responds to state and federal missions, allowing preparedness for worldwide contingency operations. It also helps ensure the airlift wing’s ability to sustain operations thus allowing a longer future as a National Guard unit.

It is results like these that directly correlate with the Savannah Chamber’s mission to preserve the community’s military value. Over the years, the Chamber’s military affairs council has worked with defense consultants from Washington, D.C., to help promote regional strategic assets, encourage continued investments in Savannah’s installations and protect the $5 billion economic impact brought to this area.