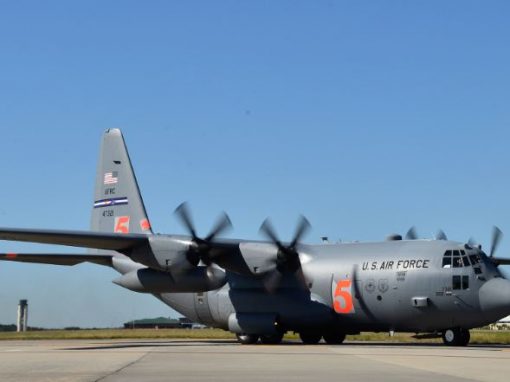 The 165th Airlift Wing, Georgia Air National Guard  received a new C-130H3 aircraft on Thursday, Oct.14.
This is the first of eight aircraft replacements expected to take place for the wing throughout 2015-2016. These upgrades will replace the current 165th AW fleet of C-130H2 models to C-130H2.5 and C-130H3 models that are approximately fifteen years newer. These upgrades go along with the flight line upgrades which are roughly $17.5 million and help the wing accomplish its mission.

These upgrades will significantly contribute to how the 165th Airlift Wing contributes to state and federal missions and allows preparedness for worldwide contingency operations. It also means the wing will have the ability to sustain operations with aircraft that are newer thus allowing a longer future as a guard unit.