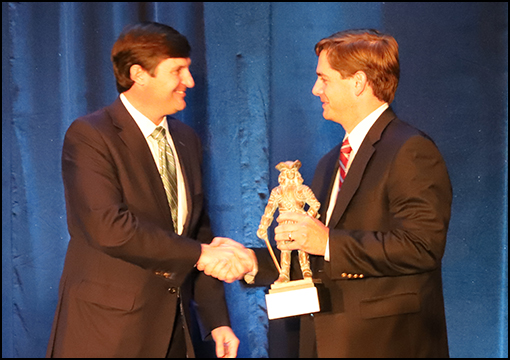 At the Savannah Chamber’s Business Luncheon last week, the business community came together to honor a community champion for his legacy of philanthropy and leadership with the prestigious Oglethorpe Award.

Named for General James Edward Oglethorpe, a humanitarian, leader, and visionary who led 120 colonists in founding Savannah and the colony of Georgia in 1733, the Oglethorpe Award is given to individuals who demonstrate a legacy of philanthropy and leadership in Savannah.

A fourth-generation family-owned business founded in 1921, Colonial Group Inc. (“Colonial Group”) is a diversified energy and port-related company headquartered in Savannah and one of America’s largest privately held companies. Robert H. Demere, Jr. represents the company’s third generation of family leadership during his tenure as president and CEO. Rob was responsible for much of the growth that led to the development of the company’s ten current divisions. Colonial’s commitment to “giving back” stretches from America’s Second Harvest and the United Way to Senior Citizens Inc., Junior Achievement and St. Joseph’s/Candler Health System, Inc. In 2021, the company marked its 100th anniversary by celebrating with its dedicated team of more than 2,000 employees, giving to hometown causes, and observing historical milestones.

Christian Demere, President, and CEO of Colonial Oil, was on hand to accept the award on his father’s behalf. 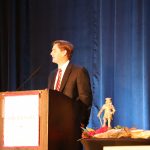 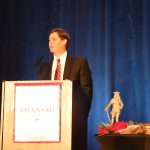