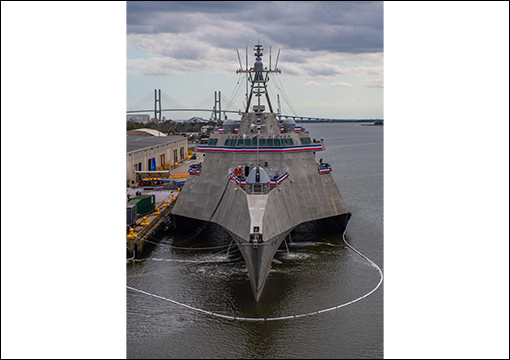 On Saturday, February 5, the United States Navy commissioned the USS Savannah (LCS-28) at the Georgia Ports facility in Brunswick. In attendance was the ship’s sponsor Mrs. Diane Isakson, wife of the late United States Senator from Georgia, Johnny Isakson, City of Savannah Mayor Van Johnson and Jared Downs, VP of Governmental Affairs for the Savannah Area Chamber of Commerce.

According to the United States Navy, the USS Savannah (LCS 28) is the 14th Independence-variant LCS and 28th in its class. It is the sixth ship named in honor of the city of Savannah. The first was a coastal galley that provided harbor defense for the port of Savannah, 1799-1802.

To read more about the USS Savannah, click here. 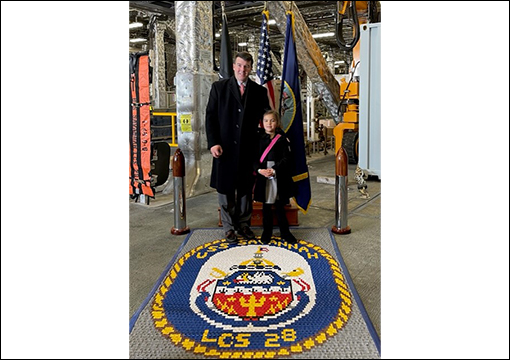