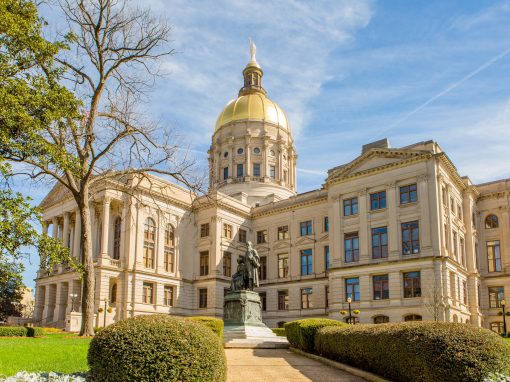 Governor Brian Kemp now has 40 calendar days to vet legislation passed by the General Assembly and decide whether to sign or veto bills passed in both the House and Senate. If  Governor Kemp chooses to take no action on bills by May 14, 2022, the legislation will become law.

House Bill 469 (Sponsored by State Representative Ron Stephens) extends Georgia’s historic preservation tax incentives for commercial and residential historic structures. This tax incentive was set to expire on January 1, 2023. HB 469 passed both the House and the Senate and was transmitted to Governor Kemp for his approval. This tax credit has been instrumental in the redevelopment of Savannah’s Plant Riverside District and has been a legislative priority for the Savannah Chamber for the past several years.

House Bill 911, FY 2023 Appropriation Bill passed the House on March 11 and passed out of the Senate on March 23. The two chambers passed HB 911 on April 4 and sent it to Governor Kemp for his approval. Among other things, HB 911 includes serval items that were on the Savannah Chamber’s legislative agenda:  Funding for Savannah State University’s new physical plant, the completion of the Savannah Convention Center expansion, and Georgia Southern University.

House Bill 1064 (sponsored by State Representative Jesse Petrea) unanimously passed out of the House on February 28. HB 1064 passed out of the Senate with a 56-0 unanimous vote. HB 1064 now goes to the Governor for his consideration. This legislation will exempt up to $17,500 in military retirement income from state income tax for those under 62 in Georgia. If they work and earn up to $17,500, they can exempt another $17,500 from state income tax for $35,000. This issue has been a priority for the Savannah Area Chamber for several years, and we look forward to the Bill’s passage

Senate Bill 379 would create the Office of Workforce Development under the State Board of the Technical College System of Georgia. SB 379 would allow TCSG to establish a program to promote the creation and expansion of registered apprenticeship programs in Georgia. It provides incentives for small and medium-sized businesses that serve as sponsors of this program. This apprenticeship expansion program will train Georgians in jobs that are in high demand and critical to the workforce. Companies that train up to five students will be eligible to receive compensation of up to $10,000 per student upon completing the apprenticeship course. SB 379 passed out of both chambers and has been transmitted to Governor Kemp for his approval.   The Chamber supports programs like apprenticeships, dual enrollment, and Georgia College & Career Academies.

Senate Bill 231 would provide a pilot program for individuals who have dropped out of school to further their education by enrolling in an adult charter school. SB 231 creates a way for nontraditional students (ages 21-35) to gain the skills and education necessary to enter the workforce. This program will allow individuals to become eligible to receive a Georgia high school diploma upon completion. Additionally, this program would alleviate some burdens for adult learners by providing childcare, transportation, and helping with some financial needs. This proposal would serve Georgians who would like to continue their education to achieve a postsecondary degree or enter the workforce. On Thursday, February 10, SB 231 passed out of the Senate with a 51-3 vote and has been assigned to the House Higher Education Committee and never passed out of the committee. The Chamber’s State Legislative Agenda supports creating programs for adults ages 21-35 to obtain high school diplomas as a priority for 2022.

Other Legislation of Interest That Made Movement this Legislative Session

House Bill 304, in an effort to bring down the record-high gas prices, the House and Senate passed, and Governor Kemp has signed HB 304 into law. This legislation suspends the state’s 29.1 cents-a-gallon motor fuel tax through May 31.   According to Gov. Kemp’s office, HB 304 would save drivers over $300 million in taxes, and the loss of revenue would be made up with surplus state funds.

House Bill 1013, the Mental Health Parity Act, passed out of the House on March 8. HB 1013 passed out of the Senate by substitute on March 30, and on the same day, the House agreed to the Senate substitute. On April 4, Gov. Kemp signed HB 1013 into law. HB 1013 helps to provide community-based resources for mental health individuals as an alternative to housing people with mental illness in jails. This will also help to alleviate overcrowding in our county jails. HB 1013 will enhance resources for frontline responders and helps provide solutions for individuals dealing with substance abuse.

House Bill 1437 Provides for the Georgia state income tax standard rate to gradually drop 5.75% to 4.99%.   House Bill 1437 lowers the rate to 5.49% in 2024, stepping down slowly until it reaches 4.99% in 2029. Standard exemptions would rise gradually as well. The standard exemption would go from $2,700 for single filers to $12,000. For married couples filing jointly, it would go from $7,400 to $24,000. Currently, taxpayers over 65 can exclude their nonwork retirement income from state income tax. Under HB 1437, that exemption would remain. Both chambers passed HB 1437 and it has been sent to Governor Kemp for his consideration.

Senate Resolution 659 passed the Senate on April 1. SR 659 would create the Georgia Senate Study Committee on Unsheltered Homelessness. This study committee will look at the conditions, needs, issues, and problems that have caused a significant increase in the unsheltered homeless population in Georgia and develop specific recommendations to address the issues discovered by the study committee. The increase in the homeless population in the Chatham County area is of concern to many, including the business community. The committee shall be composed of the commissioner of community affairs, the commissioner of behavioral health and developmental disabilities and five members of the Senate to be appointed by the Lt. Governor. The Lt. Governor may also appoint two additional citizen members with relevant experience or expertise.