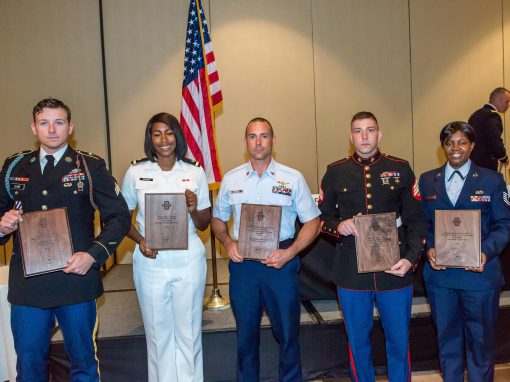 The Savannah Area Chamber’s Military Affairs Council honored local service members at its annual Military Appreciation Luncheon on Thursday, May 21 at the Westin Savannah Harbor. The luncheon provided an opportunity to show support for military personnel by recognizing each branch’s outstanding service member of the year. For more photos of the event, click here.
Congratulations to the following award recipients: