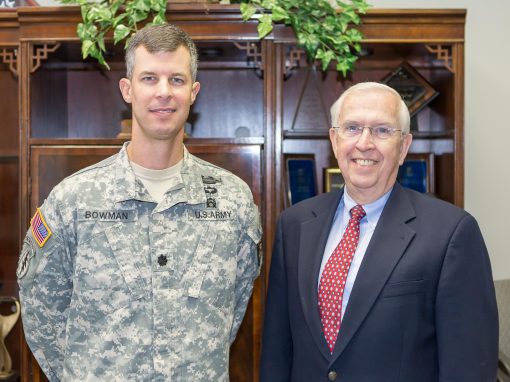 This week Savannah will say goodbye to Hunter Army Airfield Garrison Commander, Lieutenant Colonel Will Bowman. LTC Bowman, who has served on the Savannah Chamber board since June 2013, will be stationed in Fort Leavenworth, Kan. The Savannah Chamber board wished LTC Bowman farewell during the June board meeting and thanked him not only for his incredible service to our country but for the outstanding work he has done to increase the military’s presence within the community. LTC Bowman will relinquish command to LTC Michael T. Squires on Wednesday, June 17 at the HAAF Truscott Air Terminal.