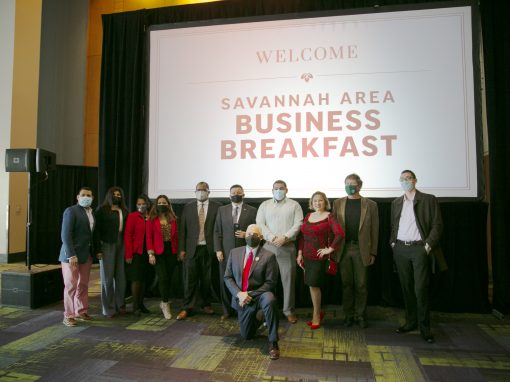 At the Savannah Chamber’s Business Breakfast, the business community came together to honor two community champions for their legacies of philanthropy and leadership with the prestigious Oglethorpe Award.

This year the Oglethorpe Award was presented to the late Richard D. Eckburg, philanthropist and Patrick C. Monahan, City of Savannah.

This award is named for General James Edward Oglethorpe, a humanitarian, leader, and visionary who led 120 colonists in founding Savannah and the colony of Georgia in 1733, for their legacy of philanthropy and leadership.

Dick Eckburg was engaged in a wide variety of charitable and philanthropic endeavors in our community. Several organizations have benefited from his leadership and generosity including: The Telfair Museum of Art, Savannah Tech and the 200 Club of the Coastal Empire. Dick made a lasting impact on Savannah through his years of tireless volunteerism to the community and generous contributions to area nonprofit organizations. His legacy will not be forgotten

Patrick C. Monahan has been serving as Savannah City Manager since May 2019. Prior to his position as City Manager, Pat served 27 years as assistant county manager where he was instrumental in several projects including the development of Hutchinson Island. Monahan had plans to retire 18 months ago, but those plans were put on hold after being convinced by city officials to take over the role of the city manager, and then help them navigate through the pandemic. During his time with the City, Monahan accomplished a lot, including helping to decrease the city’s budget deficit, arranging for 24-hour COVID-19 testing, and helping provide rental, mortgage, and utility assistance to residents.

In addition to the Oglethorpe Award presentations, we heard from several community business organizations and received updates on the 2021 business outlook for Savannah and the surrounding counties.

Thank you to all our co-hosts of the Savannah Business Breakfast. 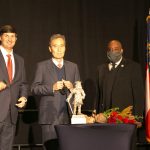 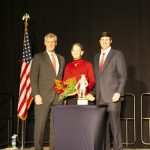 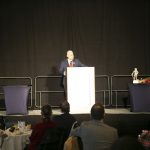 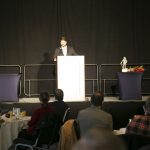 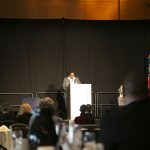