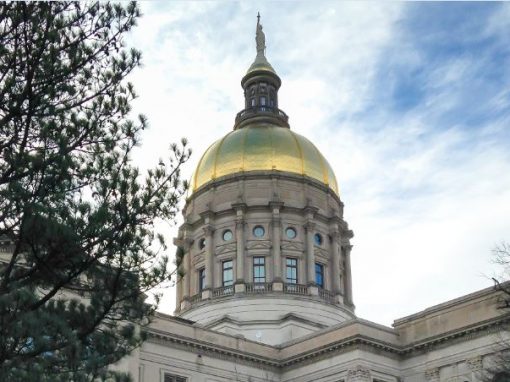 Abrupt Property Assessments:
HB 982, introduced by Rep. Ron Stephens, sought to remedy the unanticipated, large percentage swings in annual commercial property taxes increases for our business community. The legislation required actual income and expense data to be supplied by the property owner when the income approach is utilized. The bill was passed unanimously by the House and approved by the Senate Subcommittee on Finance by unanimous vote. In order to timely get the bill to the floor for a vote, HB 982 was attached to SB 379 which contained legislation dealing with the same code section.

At the urging of the Atlanta assessor and ACCG, the Bill was amended by the House Ways and Means Committee. The amendment not only stripped our bill of its legislative intent but also legitimized the means used by the local assessor’s office in assessing property taxes under the income approach. Because they could not agree to the amendment, we decided the best course was to pull the bill entirely.

Chairman Stephens, Senator Jackson, the City and the Chamber worked very hard on behalf of the business community on this issue. An internal ad valorem study committee is being formed to address this issue statewide and efforts will continue to be made on a local level. While it is disappointing our bill did not pass this session, we are extremely optimistic we will be able to work in the interim on this very important and complicated issue and present an even stronger measure in the next session.

This morning, Governor Deal called a press conference to announce that he will veto HB 757. While proponents of the need for religious freedom legislation have pointed to cases out of other states, Governor Deal discussed why those cases do not apply to Georgia. He also discussed the significance of relying on the First Amendment to provide religious freedom protections to all Americans. The Governor finished his remarks by reminding everyone of Georgia’s character as a welcoming and non-discriminatory state to live and conduct business.

The Chamber worked hard this session to defend our business community against legislative measures that would negatively impact our business climate, appear discriminatory in nature or would harm the ability to create, attract, retain and expand jobs.  We applaud Governor Deal’s decision to veto this controversial piece of legislation.

Armstrong State University: The budget request for new construction and renovation was not approved.

Don’t forget to vote March 29 in the run off for the Sheriff’s race.