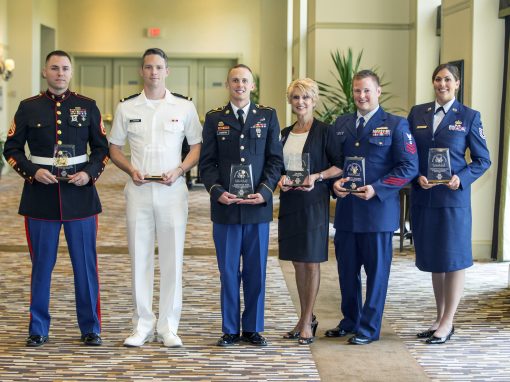 More than 330 guests attended the Savannah Area Chamber’s Military Appreciation Luncheon, held on Thursday, May 26 at the Westin Savannah Harbor Golf Resort & Spa. The full ballroom received a keynote address from Lieutenant General Mike Murray, Deputy Chief of Staff, G-8, U.S. Army, who focused on the significance and true meaning of Memorial Day. Stories were shared of service members throughout the nation’s history who gave their lives for freedom, up to present day.

Six awards were given at the event to top service members in the Savannah area in each branch of the military. Congratulations to the following award recipients: