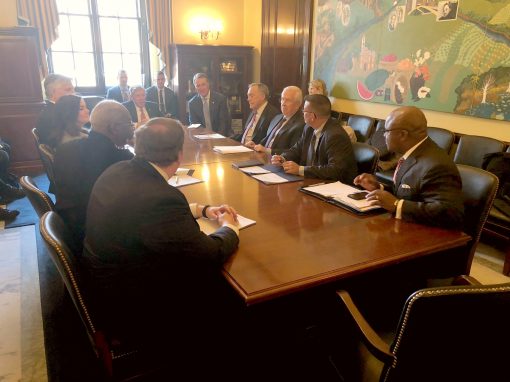 In addition, the group was able to meet with Deputy Director of the Army’s soldier transition program, Colonel Thomas Anderson. Known as the Soldier for Life Program, this initiative assists soldiers transitioning out of the Army by preparing them for civilian life and connecting them with viable career opportunities, made possible through partnerships with businesses around the country. With workforce development being another top priority to come from the Savannah Chamber’s strategic plan, we will work to deepen our connectivity with local military transition programs like Soldier for Life.

These visits are an example of the Savannah Area Chamber’s efforts to help preserve our local military value, which accounts for an economic impact of approximately $5 billion, thousands of jobs and families that contribute to our community’s quality of life.