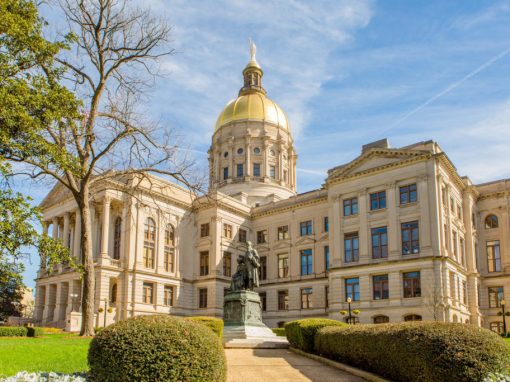 Monday, April 4 is Sine Die, which means “without a day” in Latin. This is Day 40 of the Georgia Legislative Session. By law, the Georgia Legislature can only meet 40 days a year. Any legislation that hasn’t passed both the House and the Senate by day 40 will not be considered for 2022.

House Bill 469 (Sponsored by State Representative Ron Stephens) extends Georgia’s historic preservation tax incentives for commercial and residential historic structures. The previous tax incentive was set to expire on January 1, 2023. HB 469 extends the credits until January 1, 2025. HB passed the House on March 8, 2021, and referred to the Senate Finance Committee. HB 469 passed out of the Senate Finance Committee on March 25, 2022, and is now eligible for consideration by the full Senate. This tax credit has been instrumental in the redevelopment of Savannah’s Plant Riverside District. Its extension has consistently been a legislative priority for the Savannah Chamber.

House Bill 911, FY 2023 Appropriation Bill passed the House on March 11 and passed out of the Senate on March 23. Because the House and Senate versions of HB 911 differ, the Bill will be assigned to a joint committee where differences can discuss before the final presentation of HB 911. Among other things, HB 911 includes serval items that were on the Savannah Chamber’s legislative agenda: Funding for Savannah State University’s new physical plant, the completion of the Savannah Convention Center expansion, and Georgia Southern University.

House Bill 1053 (sponsored by State Representative Ron Stephens) extends the film post-production tax credit expiring on January 1, 2023, through 2027. Since its inception, the tax credit has been fully subscribed to and has successfully supported an extending post-production industry in Georgia. The Bill passed out of the House on March 15, and this Bill passed out of the Senate Finance Committee on Thursday, March 24, and is now eligible for consideration by the full Senate. HB 1053 is in line with the Chamber’s efforts to support the film and post-production tax credits and advocate for the continued protection of these credits.

House Bill 1064 (sponsored by State Representative Jesse Petrea) unanimously passed out of the House on February 28. HB 1064 passed out of the Senate with a 56-0 unanimous vote. HB 1064 now goes to the Governor for his consideration. This legislation will exempt up to $17,500 in military retirement income from state income tax for those under 62 in Georgia. If they work and earn up to $17,500, they can exempt another $17,500 from state income tax for a total of $35,000. This issue has been a priority for the Savannah Area Chamber for several years, and we look forward to Bill’s passage.

While not on our Legislative Agenda for 2022, the Chamber will continue to monitor the following legislation that made moves last week:

HB 934 would allow a single county Transportation Special Purpose Local Option Sales Tax (TSPLOST) to be collected for five years rather than ending the collection once a certain amount is collected. HB 934 passed the House on Friday, March 11 and passed out of the Senate Finance Committee on Thursday, March 24. HB 934 is now eligible for consideration by the full Senate.

Senate Bill 331, “Protecting Georgia Businesses and Workers Act,” is designed to prevent local governments from enacting ordinances dictating employee hours, scheduling, or regulating employee output during work hours. SB 331 was passed out of the Senate on February 17. The Bill passed the full House on Tuesday, March 22, by a vote of 99-67. SB 331 will now go to the Governor for his consideration. SB 331 will allow private businesses in Georgia to make the best decisions for themselves and their employees.