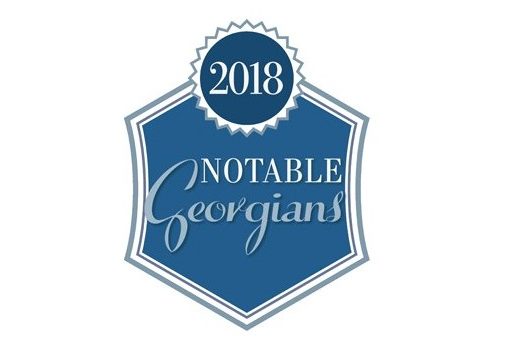 This January, President of the Savannah Area Chamber of Commerce Bill Hubbard and President of Visit Savannah Joseph Marinelli were recognized by Georgia Trend magazine on its 2018 list of “Notable Georgians” – those who have a substantial impact on the state. The list was published in the January print issue of the magazine and at GeorgiaTrend.com.
The Notable Georgians were honored at a luncheon hosted at the Georgia Aquarium which also recognized a list of “Most Influential Georgians” and 2018 “Georgian of the Year” Russell McMurry. Hubbard and Marinelli were the only Savannah area professionals among the 49 Notable Georgians.