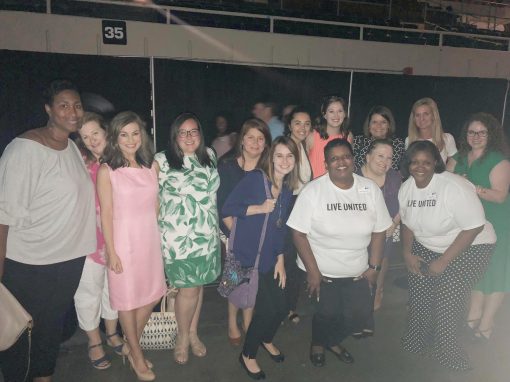 A group of Chamber and Visit Savannah staff members joined the United Way of the Coastal Empire for their 2019 Campaign Kick-Off luncheon at the Savannah Civic Center last week. Campaign Kick-Off officially marks the beginning of United Way’s fundraising efforts in Bryan, Effingham, Chatham, and Liberty Counties. Highlights at the event include the announcement of the fundraising goal, recognition of Campaign Cabinet members and Sponsored Associates, and the results of Pacesetter campaigns already in progress. Click here to learn more about the United Way of the Coastal Empire and how it directly supports members of the local community.