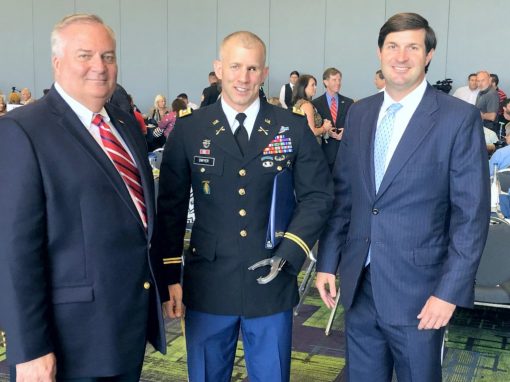 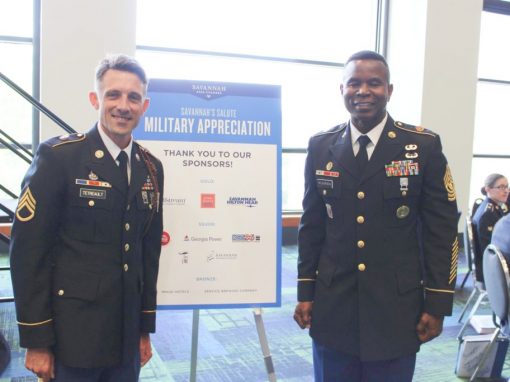 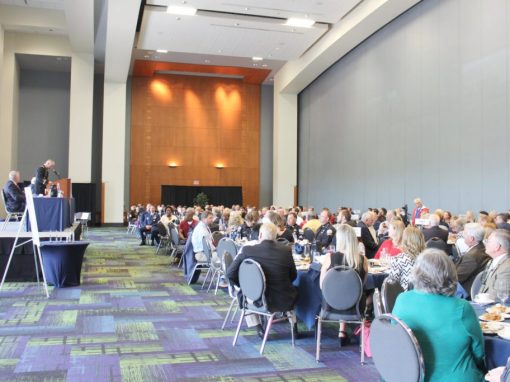 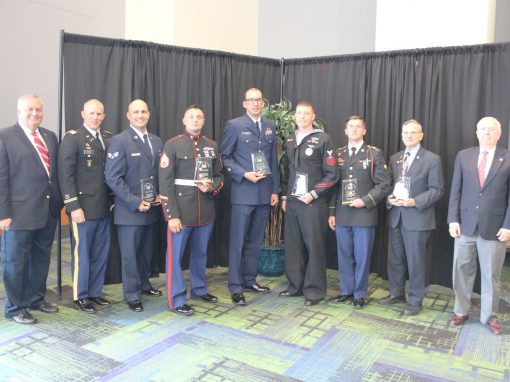 Last week, the Savannah Area Chamber’s Military Affairs Council was proud to honor local service members at its annual Military Appreciation Luncheon at the Savannah Convention Center. The sacrifices made by all who have taken the oath to protect our nation were honored, and an outstanding service member from each military branch was recognized by the Council.

The event was also honored with remarks from Hunter Army Airfield Garrison Commander and Silver Star recipient Lieutenant Colonel Ken Dwyer. LTC Dwyer is a graduate of Furman University and has served four tours of duty in support of Operation Enduring Freedom. This was one of LTC Dwyer’s final addresses as Garrison Commander before bidding Savannah farewell.

Thank you for your attendance, and your assistance in recognizing the area’s dedicated military personnel!