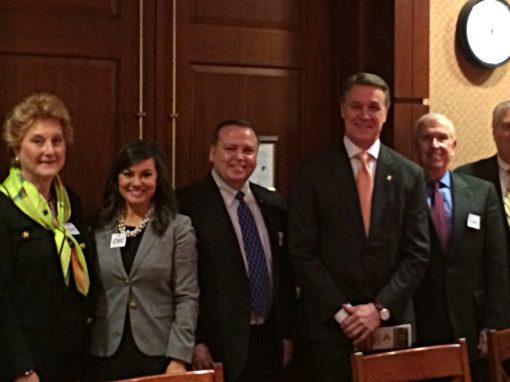 Chairman of the Chamber’s Military Affairs Council and retired WTOC General Manager Bill Cathcart, Chamber President & CEO Bill Hubbard and Community Relations Director Drew Hunt, along with several leaders from the Savannah area community and representatives from the Beaufort, S.C., Chamber of Commerce traveled to Washington, D.C., March 25-26. The two Chamber groups joined together to proactively represent the benefits of the military throughout the coastal region through meetings with several representatives on Capitol Hill and at the Pentagon.
The group met with congressional leaders and Department of Defense officials including:

The Honorable Kathrine Hammack- Assistant Secretary of the Army for Installations, Energy and Environment