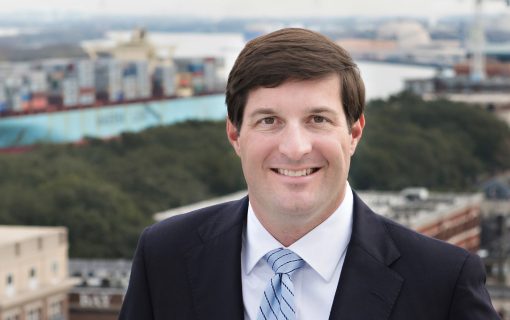 A Note from Chamber Board of Directors Chair Jon Pannell

Thank you for your continued membership and support of the Savannah Area Chamber of Commerce.

In a blink of an eye, July is here, and the heat of summer is upon us in Savannah. As we continue to ride the roller coaster that is 2020, there is light at the end of the tunnel. The U.S. economy continues to recover from the COVID-19 shutdown of the spring and the summer months are starting to show gains nationally and here at home. The month of May saw its biggest jobs increase ever, as more than 2.5 million people returned to work. Leisure and hospitality jobs represented almost half the national jobs gained, a trend being mirrored locally as residents and visitors return to Savannah’s hospitality businesses. The Savannah metro area added more than 7,000 payroll jobs in May according to the Georgia Department of Labor. Our construction and manufacturing, retail trade, education and health service sectors also saw rises in employment in May and June. This is great news for our local economy.

We have also been keeping an eye on our community’s interest at the state level as the Georgia General Assembly reconvened on June 15 to finish out the last 11 days of the 2020 legislative session this past Friday. In a monumental move, supported by the Chamber, the Georgia legislature passed a bipartisan hate crimes bill, HB 426, and Governor Kemp signed it into law on June 26. The new law will impose additional penalties for crimes motivated by a victim’s race, color, religion, national origin, sex, sexual orientation, gender or disability. In addition to HB 426, the 2021 State budget includes $70 million of funds to go towards the expansion of the Savannah Convention Center on Hutchinson Island, the first installment needed to double the size of the facility. The Chamber tracked many other pieces of legislation this year and a full report can be accessed HERE.

We hope in the near future to start back some of the Chamber’s networking events. The Chamber, like many of you, are continuing to navigate the new normal of “doing business” and are committed to finding ways to keep our members healthy and safe as we all work to move business in Savannah forward. If you have not already done so, please consider taking the Savannah Safe pledge. Information can be found HERE.

This week we celebrate the 4th of July, America’s Independence Day. July 4, 1776 is the day that marks the birth of the United States of America as an independent nation and the date the final wording of the Declaration of Independence was agreed upon by the Continental Congress. The Continental Congress actually declared independence from Great Britain on July 2, 1776 and the Declaration of Independence was not signed until August 2, 1776, but the document itself and the printed copies of the Declaration that were circulated throughout the colonies was dated July 4, 1776, so that is the day we all celebrate and remember!

The 4th is a time to reflect on our American history and the pride we have to be able to live in a free nation. It also serves as a reminder of the language from the Declaration of Independence and from the First Amendment to the United States Constitution that establish the freedoms we all enjoy. The Declaration declared “that all men are created equal, that they are endowed by their Creator with certain unalienable Rights, that among these are Life, Liberty and the pursuit of Happiness.” The First Amendment guarantees freedoms concerning religion, speech, expression of the press, the right to peacefully assembly, and the right to petition the Government for a redress of grievances.

It is these guaranteed rights written by our Founding Fathers that make the United States of America the greatest country in the history of the world. But the battle for freedom and equality continues 244 years after our great nation was created. We must continue to build communities locally and nationally that includes rather than excludes despite differences in race, color, sexual orientation, gender, or economic standing.

So as you gather this holiday weekend with family and friends, please have fun, be safe, and be mindful of the sacrifices of those who have come before us to establish a more perfect Union.

Again, thank you for your membership in the Savannah Area Chamber of Commerce and please let us know if there is anything we can do to help support you and your business in the days and weeks ahead.