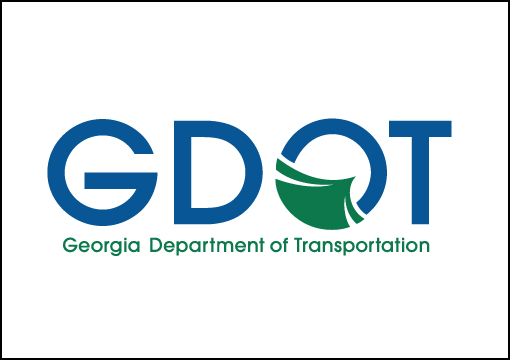 If you have driven past the I-16/I-95 Interchange recently, you may notice the large bridge foundations that are being installed for the first of the two new interchange bridges, which will connect I-16 westbound to I-95 southbound. What you may not realize is this interchange design is the first of its kind in Georgia.

The 16@95 Improvement Projects have been in the planning stages since 2016. Early in the design process, the Georgia Department of Transportation (Georgia DOT) was considering a slightly different design. As initially envisioned, the ramps to and from I-95 southbound were planned as “directional flyover ramps” which would cross over the cloverleaf ramps on the east side of I-95.

While this design would achieve the project goals, it would also result in bridges up to 90’ tall and high retaining walls (like our own mini-Spaghetti Junction, the nickname coined for the I-285/I-85 interchange in metro Atlanta).

A full interchange replacement was also considered, but it was determined, based on a benefit/cost analysis, not fiscally responsible. The proposed combination of turbine ramps on the west side along with a new collector-distributor (CD) roadway and bridge on the east side on I-95 northbound will improve safety and efficiency. The CD lanes will separate traffic that is exiting and/or entering I-95 northbound from the main travel lanes, allowing the through traffic to move without interruption from the weaving area associated with the loop ramps. 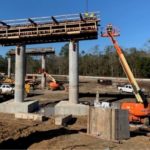 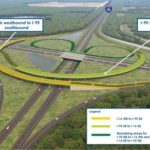 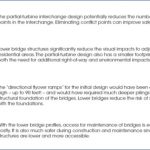