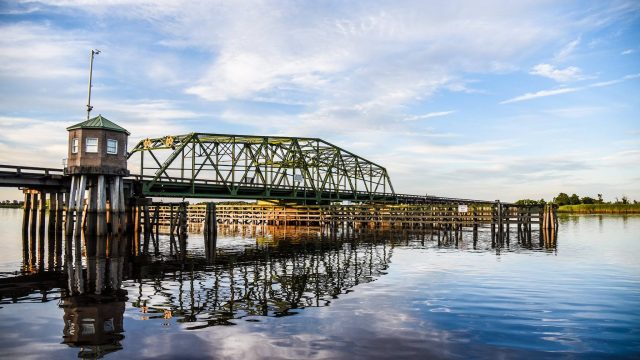 Port Wentworth was founded in 1733 but not incorporated until 1957, and its history arises out of the native Indian tribes and first settlers of the Trust Colony of Georgia. Steeped in tradition, environment and resources and only minutes from Downtown Savannah. Local industry includes lumber (pulp and paper), railroad, ship building, sugar refinery, banking and brick kilns that produce what is known today as Savannah Gray Brick.

What is now Port Wentworth was originally part of several colonial plantations, including Mulberry Grove where Eli Whitney revolutionized the South by inventing the cotton gin in 1793. Today, Port Wentworth's Exit 109 area is a well-placed home base of hotels, motels and restaurants and a convenient lodging spot for tourists. Only 11 miles from Savannah's Historic District, Exit 109 is the closest I-95 exit to Georgia's First City with direct trolley service from all Port Wentworth hotels.

Whether you're a history buff looking to explore Savannah River Plantations, a Civil War explorer seeking to walk the living history of Sherman's March to the Sea or a family searching for an affordable road-trip, you'll find adventure in Port Wentworth. The City offers many free attractions, including the Savannah National Wildlife Refuge, direct access to the Savannah River at the Houlihan Boat Landing, Historic African American Praise Houses and Cemeteries, themed driving tours and family-owned farms that sell fresh Georgia Grown produce.

The city, located in Eastern Georgia at 32° 9' 52" North, 81° 10' 48" West, is 11.22 square miles with a total population of 6,529 (according to a 2013 census estimates). This Chatham County city is conveniently located near neighboring counties (Effingham and Bryan). Port Wentworth is minutes from the Savannah/Hilton Head International Airport, Tybee Island Beach, Historic Savannah District and the Georgia Ports Authority. It can be reached by taking the northern most exit on Interstate 95 (Exit 109) in Georgia. Extending in both directions on Highway 21 at the base of that exit, the center of the city is three miles to the south.