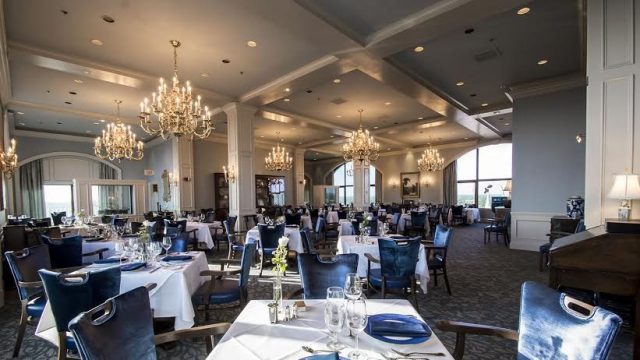 The Chatham Club was founded in 1968 as a members only Dining and Social Club with an exquisite panoramic view of the Savannah River and downtown Historic District.

The Club is located on the 14th floor of the Desoto Hotel at 15 East Liberty Street. The Main Dining Room is open every weekday for lunch and on Thursday, Friday and Saturday for dinner as well. In addition to the Main Dining Room, the Club offers four private rooms for intimate social gatherings and high-level business meetings.

Superb cuisine has long been the hallmark of the Club, complimented by the finest in gracious service.


The History of the Earl of Chatham

The Chatham Club derives its name from William Pitt, first Earl of Chatham (1708-1778). Educated at Eton and Oxford, Pitt entered Parliament in 1735. His gift of oratory and imposing appearance soon made him a leader in that body. As Prime Minister during the War of the Austrian Succession Pitt planned the expeditions, selected the commanders and raised the funds which in 1758 brought a succession of victories to Great Britain and raised that nation to a pinnacle of power.

In 1766 he accepted an earldom and became first Earl of Chatham. He was friendly to the cause of the American Colonies and supported the repeal of the Stamp Tax and opposed the harsh measures of the Government against the Colonies in 1774-75.

In recognition of his friendship to America, the people of Georgia in their Constitution (1777) named one of the seven counties Chatham County.