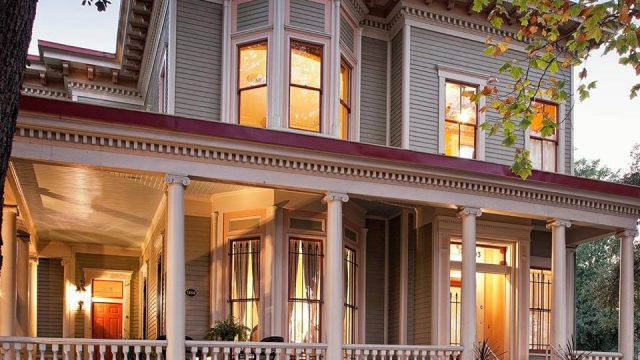 The Printmaker’s Inn is a prime example of Italianate architecture of the Victorian Era in Savannah. Intricate corbels and dental molding adorn the outside, while the inside boasts original ceiling medallions, crown molding and beautiful heart pine wood floors.

Built for William Nichols in 1884, the house is rich in history. William was the oldest son of George Nichols, the head printer in Savannah during the Civil War. William continued the family tradition to become a prominent printer in Savannah as well, hence the name The Printmaker’s Inn. The house was, for a time, owned by Nat King Cole, and has also served as a local community center for underprivileged youth in Savannah.